With the sea coming and going relentlessly against rocks, pebbles and the granite fortresses of men, the coastal edge close up is a potent place for me.

On occasion I have placed small sculptures and carvings, drawings too, into the sea at this edge and photographed them. This quickly became part of an old myth - the birth of Venus - though perhaps only more flotsam and jetsam in there with the rest.

I lost two small carvings sucked away on an undercurrent - as if the sea thought this might be an interesting game to play - a ritual in the making, perhaps… This is how things begin with me - quietly and without any great intention or mystery, like something subversive has slipped in covertly through the back door. I was reminded too of how Braque would take his small paintings out into a field, place them in some ploughed furrow to see how they would hold up

A year in Venice

...This work is not in any way a naturalistic approach to the image, nor really expressionistic, but more an attempt to catch the poetic sense of form and surface that gives the city such poignancy. These are not 'views' of, but a re-making of the observed image, or a re-inventing via and and through the imagination. There is a simplicity and directness in this which gives the work a singular quality. Architectural features and the simple geometry of buildings are treated as if in some theatre of memory. Themes evolve into sequences that explore the mystery of the city's inner world - one can almost sense his daily pattern of work and how it moved on and changed through these subtle dialogues with the image. After all Venice is a theatre, a stage on which its history is played out at every turn. His small sculptured figures seem to be dancing on this stage...           Ian James  Martin's Gallery  2011


If you had to build a model of the unconscious it would probably look something like Venice - would probably have, need to be, a labyrinthine structure with plenty of dead ends and secret openings, with always fleeting glimpses of further intrigue and astonishment. Would be a mosaic of patterns promising insight, even salvation, breath-taking in their beauty, but always revealing yet another mystery. It would be made of many layers - a Babel of racial memories and denial. It would need to sparkle in the dark like a fairy tale. Should have red and gold banners skilfully flowing down from carved buildings. And every day, like a call to prayer across this structure, there would need to be, songs of death and glory and sexual adventure, ritually performed as incantations to all our desires... Finally it should appear like a grand raft loaded with plunder and treasure, cast free of its moorings and allowed to drift. All this should appear to be to be impossible and hopelessly unreal, a magician's play with belief.
Fragment from Venice notebook  2009

Four years ago John Trigg returned from Venice where he spent a year lost in Tintoretto and other classical masters, religious icons and architecture. Returning to his studio in Penzance, Trigg has transposed the essence and sensibilities of Venice, the iconography and dark corners where the sun has never shone, the softness of stone touched a thousand times and over, into a body of work drawn from the 'Seas Edge' seascapes, where the ocean appears as if cupped and proffered by the land, and portraits - a series of drawings and paintings of 'Tombstone Boys.'
Jenny Blyth - Art Jericho - 2014 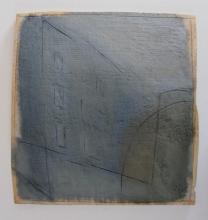 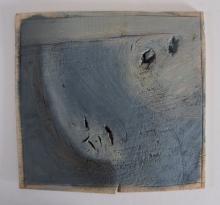 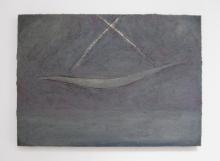 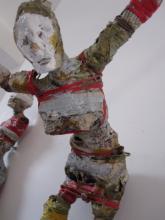 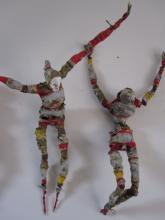 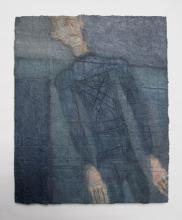 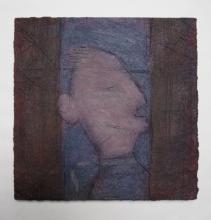 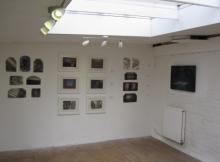 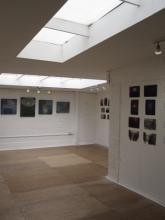 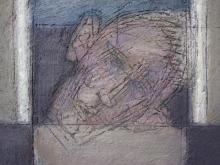 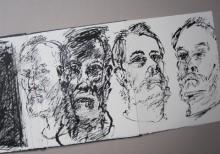 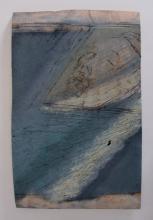 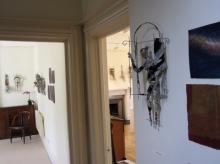 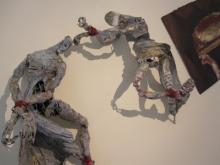 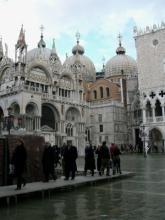 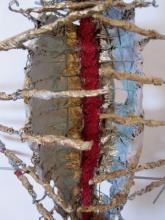 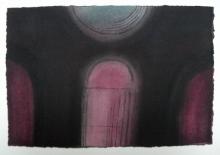 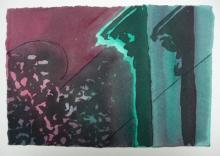 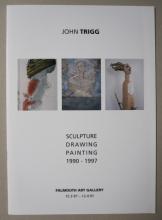 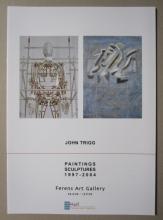 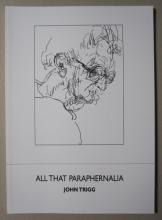 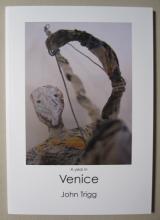 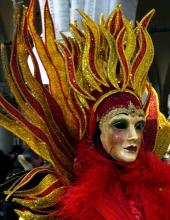 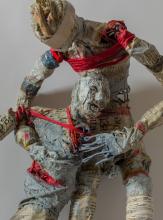 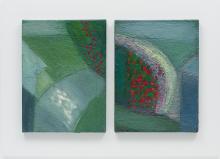 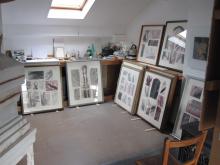 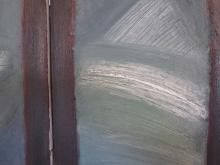